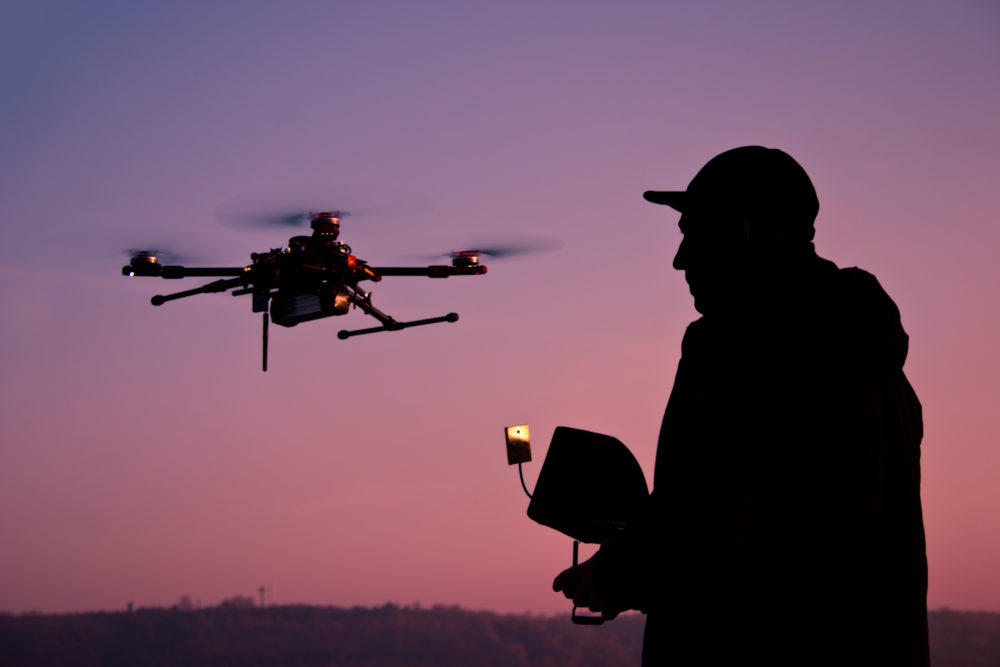 Drone Pilot License: How FAA Drone Regulations Affect the Use of Commercial Drones

The Federal Aviation Administration (FAA) made UAV history when it launched the first drone pilot license in the United States on August 29, 2016. This commercial drone license is officially known as the “Part 107 Remote Pilot Certificate”. The new certification for commercial drones gave average civilians the opportunity to take the federal Part 107 exam, and if successfully passed, they would be a legally licensed commercial drone pilot.

The term “Drone Pilot License” could be confusing since drone pilots are actually obtaining a certification, not a license. More specifically, a drone pilot license is a remote pilot certification with a small UAS rating intended for use by certified drone pilots flying commercial drones aka getting paid to fly their drones. It is also known as a Part 107 Remote Pilot Certificate. Part 107 refers to the rules that the Federal Aviation Administration has come up with to integrate the use of commercial drones into the National Airspace System (NAS). These FAA drone regulations, and others pertaining to use of the NAS, are published in what is known in pilot land as the Federal Aviation Regulations Aeronautical Information Manual (FAR AIM) or 14 Code of Federal Regulations (14 CFR) under Part 107.

A drone pilot license is also referred to as:

Commercial drone pilots now need to take and pass the FAA Part 107 exam which, if passed, they will receive their drone pilot license and will be able to legally fly commercial drones. Part 107 is the first regulation from the FAA regarding small unmanned aircraft systems (sUAS) and covers operational limitations, operator certificate, operator responsibilities, and aircraft requirements. The exam to obtain a commercial drone license is two hours long and contains sixty questions.

As a drone academy, we know it can be confusing on where to start in order to obtain a UAV pilot license and to legally fly commercial drones. Here are the steps to getting your UAV license:

1. Prepare for the Drone License Exam

In order to get your drone license, you must prepare to take the FAA Part 107 exam by studying. DARTdrones Drone Academy recommends studying for 15-20 hours.

2. Register for the Drone License Exam

Register for an account with the FAA’s electronic application system, IACRA.

Find a local FAA approved testing center and register to take the Part 107 exam. There are 690 FAA testing centers across the country. Once you select a testing center, call to schedule a test date.

Take and pass the FAA Part 107 exam to receive your commercial drone license. The FAA requires a passing score of 70% or higher.

Within 1 – 3 months, a permanent drone pilot license will come in the mail.

A biannual flight review must be passed every 2 years; however, the FAA has not yet released the official rules regarding how the biannual review will be passed.

Before considering obtaining a UAV pilot license, it’s important to note the following:

DARTdrones is a nationwide drone academy that hosts UAV license and hands-on drone training courses in 40+ cities across the country. The UAV license course is designed to teach students the FAA drone regulations and how to take and pass the FAA Part 107 exam to fly commercial drones.

Learn About Our Drone Academy

Our commercial drone license course, also known as Part 107 Test Prep, is available online or in-person and has a 99% pass rate. Our expert instructor will cover all topics that are needed to obtain a UAV license. These topics are covered in 13 comprehensive lessons. We provide a bank of 300+ FAA practice questions, a 50-page study guide, access to our Chief Pilot for questions, and more.

At DARTdrones Drone Academy, we get a lot of questions regarding what people can actually do with a UAV pilot license. After passing the FAA Part 107 exam and receiving a UAV license, there are many job opportunities to obtain a remote PIC position.

It is becoming a lot more common for large commercial businesses to either integrate their own drone program, or outsource for operators with a UAV pilot license. Whether a company is hiring a long-term drone pilot or someone to fly for a single job, they are being sure to verify the legitimacy of the proposed sUAS pilot. In order to obtain a drone within the drone industry, companies will verify the following:

Along with getting a commercial drone license, it is essential to obtain proper training in order to fly commercial drones for a company. If you are a professional who is already secured in a job and wants to advance your career, or if you are someone just beginning your career, our drone academy has various professional drone courses to fit your needs. Our UAV license and hands-on drone training courses will prepare you to get your drone pilot license and fly commercial drones. Our drone academy also offers advanced industry specific training in Aerial Mapping and Modeling and Aerial Roof Inspections.

As mentioned above, in order to fly a drone in a manner that exceeds the scope of the FAA drone regulations, pilots must get an approved FAA waiver allowing them to do so. In 2016, the 3 top waiver requests were night operations (65%), operations over people (35%), and beyond visual line of sight (19%). Here are a list of FAA drone regulations that commercial drone license holders can request waivers for:

107.25 Operation from a Moving Vehicle or Aircraft

How to Apply for a FAA Waiver

All waivers for commercial drones must be requested and approved by the FAA. The FAA encourages applicants to submit their request at least 90 days prior to the start of the proposed operation. Here are the steps for requesting a waiver.