For most people, the only knowledge they have of police unmanned aerial vehicles comes from the news. The news today is filled with stories – some positive, some negative – that involve police unmanned aerial vehicles. For a UAV program to be successful you are going to need the support of your administration, the local government, and, most importantly, the citizens you serve. This is the second post in a series on how to launch a police drone program.

Making the police unmanned aerial vehicle program as transparent as possible to the public is very important during this step.

Many people see stories about drone surveillance and become nervous about being spied on. Your goal is to reduce these fears by showing what a drone can and can’t do. The public’s opinion can make or break the police unmanned aerial vehicle unit. Don’t develop the program behind closed doors. People will notice your drone during training, or while flying operational missions. The last thing you want is a public, already primed with the fear drones will be used for intrusive surveillance, to see your program as secretive.

If your agency has a community relations or crime prevention unit, it can be very helpful. It can provide opportunities to introduce the UAV program to the public. These events allow citizens to have a first hand look at what the police drone is intended to be used for, the capabilities of a drone, and most importantly, answer questions and dispel concerns. Make the event interactive with the public. If you have a location with the space, have a live flight demonstration. You might even be able to have your colleagues perform a mock scenario. in which you deploy the police unmanned aerial vehicle to search for a suspect who is attempting to evade arrest.

If written into your policy, and following FAA regulations, you can also use the drone for photography or videography of local events. With most agencies embracing social media as a way to reach their citizens, a short promotional video of a chili cook-off can easily become a hit when posted on the city social media page.

Your citizens are the reason you are working to develop the police drone program in the first place. Show that the goals of using the UAV is to protect life and property. Also, let them know it can improve the quality of life of the community. 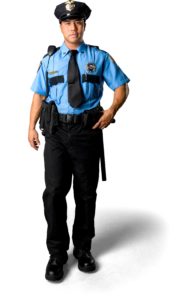 Take the time to prepare a presentation for a city or county council meeting. I like to show a photograph and video of what the drone perspective looks like when at operating altitude. Many people are immediately reassured that surveillance is not our primary mission when they are only a small group of pixels in the image. The local government is a very important group to have on your side. They are the individuals who will field any complaints from the community. The more they see value in the police unmanned aerial vehicle program, the more they will defend it.

Do not forget to address police unmanned aerial vehicles use outside of the public safety agency. For example, you’ll earn an ally when the building department learns you can make a roof inspection quicker to accomplish. The zoning department is usually thrilled to have up-to-date aerial photographs for planning use. A drone is a useful tool, and there is no reason to not share the advantages it can provide.

Contact your agency’s legal adviser. They can provide great insight into where they believe issues will arise, and they strive to protect the citizens, the employees of the city or county, and the city itself.

Making Sure Your Agency Administration is on Board

Some law enforcement agencies are prone to avoiding change. Also, some people see new technology as a nuisance, rather than an asset. Even if your chief is very supportive of the program, you must put in the time to show the value to all levels within your agency.

As when gaining support from the public, show the officers within your agency what a UAV is capable of. Typically, after a short flight demonstration you will be bombarded with ideas from others regarding how the UAV would be useful in their day-to-day tasks.

Networking with other agencies that are in the process, or have already established a UAV program, is essential. Don’t reinvent the wheel. A short phone conversation can drastically reduce your workload. I’ve yet to contact someone who was not enthusiastic in discussing drones, and how they are using them.

Building the Foundation for a Police Unmanned Aerial Vehicles Program

Public perception is perhaps the most significant hurdle that you will encounter during the development of your police unmanned aerial vehicles program. Remember that most of the general public have very little knowledge of UAVs. What they do know is probably only what they’ve seen on nightly news when people cause trouble with drones.

A citizenry that does not support the use of a UAV for government use has the power to stop the program in its tracks. But, they can also be the easiest to win over with a little bit of effort and education. The work that you put in now will set the tone for how the program grows in the future.

With UAV technology being so new, and quickly evolving, it is not only our responsibility to operate safely and effectively, but to educate others regarding the important role that UAVs can serve for public safety.

Mike Uleski is one of DARTdrones many expert pilot instructors and also a public safety officer. He has written extensively for DARTdrones about how police can use UAVs. He wrote this post about police unmanned aerial vehicle programs.