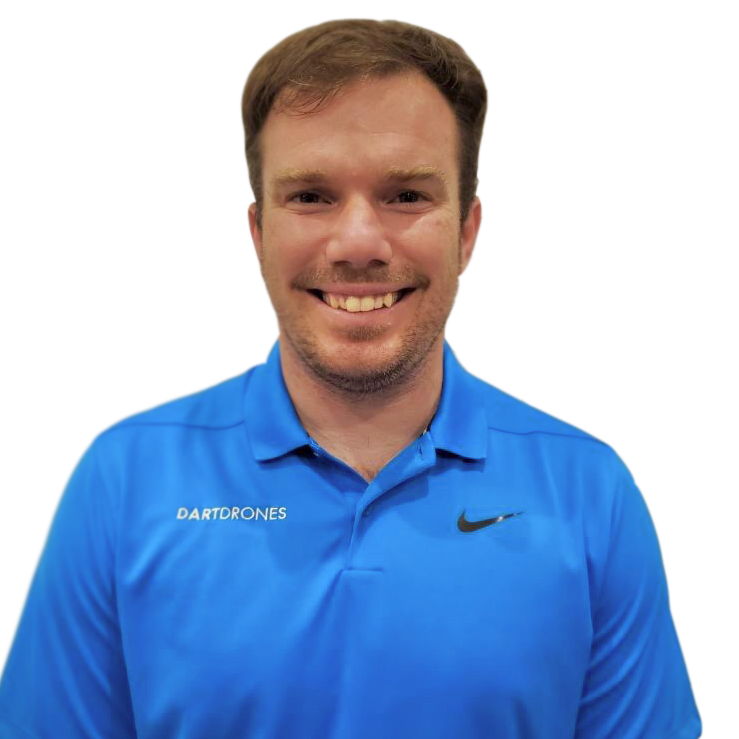 Matt Bettencourt is a contract UAS instructor pilot for the U.S. Navy as well as a helicopter pilot in the Navy Reserve. He has 13+ years of aviation experience and over 3,900 hours piloting military aircraft, including over 1,900 hours instructing on unmanned aircraft systems. Matt is currently the Navy’s lead Contract Instructor Pilot for the MQ-8 Fire Scout, the Navy’s first rotary wing UAS. He also instructs in the Navy’s MH-60S multi-mission helicopter. He has helped train over 900 students in both the MH-60S and MQ-8. He holds his Commercial Pilot Certificate with single engine airplane, rotorcraft, instrument and sUAS ratings. He is a graduate of the U.S. Naval Academy with a B.S. in Systems Engineering and a focus in robotics and computers.